The use of cover crops in NSW

Majority of farmers realise that they should be including broad leaf species into their cropping rotations to help manage in crop weeds and diseases. However in the years between 1999 and 2009 the percentage of legume pulse crops and canola declined significantly in central western farming systems.

The main reasons for this decision were late starts to the growing season, drought and risk aversion. The common misconception has been that broad leaf crops are far riskier and not as profitable as a cereal crop. With this in mind the project aims to outline the benefits of break crops on the longer term financial performance of the following wheat crops.

The project commenced in the year of 2011 and will be looking to conclude in 2014 with this blog article looking at the results from years 2011 and 2012. 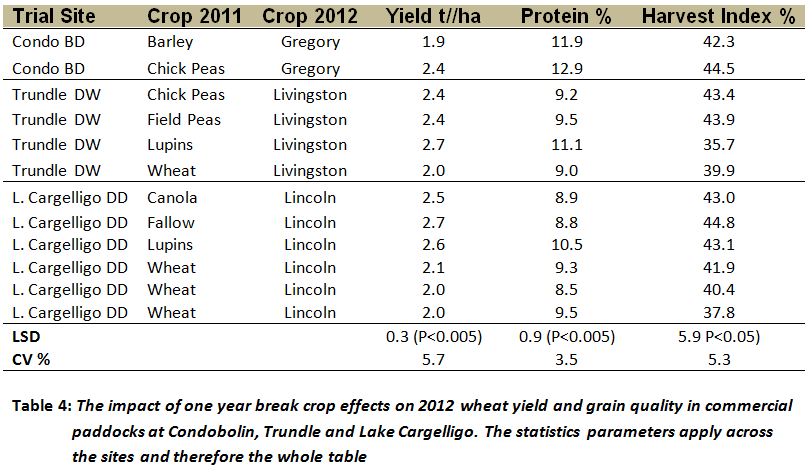 From a systems perspective the  break crops out performed consecutive wheat crops due to the reduction in root diseases and nitrogen inputs.  The break crop also provided an effective means of storing soil moisture as well as minimising in crop weed pressures.

When your thinking about utilising break crops on farm start to think about what the cropping rotation needs. The things to keep in mind when making this decision should be factors such as weed and diseases pressures as well as the nitrogen status of your soils.