How nitrous oxide is produced

What are nitrous oxide emmisions

How nitrous oxide is produced

So now that we have covered the importance of nitrous oxide emissions let’s begin to look at how the emissions themselves are produced. Nitrous oxide is mainly produced in two main chemical processes known as nitrification and denitrification. 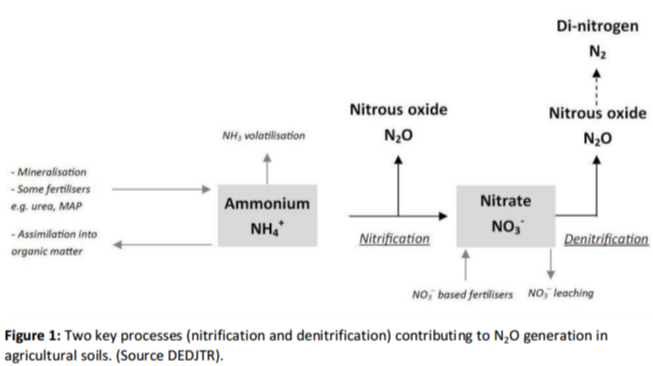 Nitrification: Nitrification is the process of converting ammonium into nitrite and then from nitrite to nitrate. The little bugger that you can blame for this process is called Nitrosomonas. This little fire bug uses oxygen to burn ammonia. This process releases the electrons from the nitrogen atom, which the microbe then uses to produce energy.  While all this is happening it’s important to keep in mind that electrons are negatively charged. So we started with an N-4 atom as ammonium NH4+ which is nitrogen with four positively charged hydrogen atoms stuck to it. Once the little nitrosomonas microbe burns away at the electrons we are left with a positively charged nitrogen atom. This N5+ atom then sticks to three O-2 (Oxygen) atoms to give nitrate an overall charge of -1. So to put it simply nitrification of ammonium is caused by a little fire bug called nitrosomonas that uses oxygen to burn away electrons to produce enough energy for it to reproduce.

Denitrification: So now we have a nitrogen molecule that has a bunch of oxygen atoms stuck to its surface. Lucky for us nitrate is a plant available form of nitrogen although on the down side anaerobic microbes seek out the oxygen atoms on the surface of the nitrate molecule. This process leads to the production of nitrous oxide (N2O), Nitric Oxide (NO) and Di-nitrogen (N2). The little bugs responsible for denitrification thrive in anaerobic conditions, which means that you will only see denitrification in water logged soils in the absence of oxygen.

The above video by the GRDC is great to put our project in context. If you have any questions regarding the project feel free to contact any of our staff members or even feel free to leave a comment below the post. 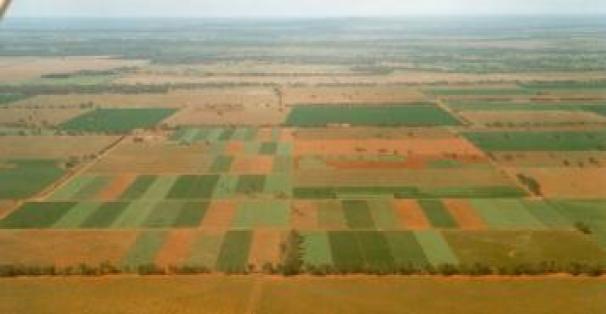