Fallow periods and green manures are usually used by farmers to conserve moisture, mineralise and produce nitrogen as well as to control weeds. So its to no great surprise that a well managed fallow period can have significant impacts on yield.

I remember from my days on farm that my dad would often keep his stubble’s for the much needed sheep feed. The fibrous stubble provided a great dietary balance especially when combined with salt blocks. 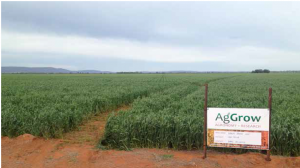 If you look at some of the recent data it suggests that controlling weeds over a full 18 month fallow has proved to be more economical. With this in mind we started to ponder, how would this strategy compare with a green manure vetch crop. With this concept in mind we put together a trial at Merriwagga that commenced in 2012.

The trials aim was to compare the yield benefit and economics of the different management options and green manure treatments.

The treatments included comparing various fallow spray timings with a vetch cover crop and a cover crop of oats (both were sprayed out in September).

The trial was set up to compare the yield benefits and the economics of various management options during an 18 month fallow and green manure treatments. The treatments included various spray timings verse a green manure vetch and a cover crop of oats. The trial consisted of 5 treatments.

Figue 1 gives you a rough overlay of how the trial in Merriwagga was set out. The trial was set up on the 7th of March 2012 and the oats and the vetch were sown on the 27th of March.

The above figure shows the average yield in kg/ha of each of the five treatments. By looking at the graph you can see that a fully sprayed fallow gave the highest yields followed by the fully sprayed fallow and vetch treatment. When we look at the costs the spray fallow commencing in June and the one commencing in July had the least costs although they had lower yields and grain protein when compared to the full spray fallow.

The highest gross margins were achieved when the 18 month fallows were sprayed the entire way through. It should be noted that in a wet season like 2012, vetch can be a valuable tool to add value to long fallows whilst maintaining yield potential and grain quality. An example of the added value would be the grazing opportunity for vetch pastures although it wasn’t accounted for in this trial.

This project was made possible through a collaboration with Ag Grow agronomy. You can check out Barry’s site by following the link provided. If you would like to see the full article I have provided a link below. Also to keep up to date feel free to check us out on twitter and facebook.