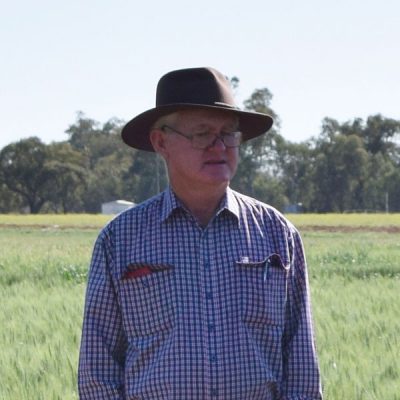 Graham McDonald spent his childhood on a farm near Lake Cargelligo. He left school in 1970 in time for the large machinery boom of the 70s. Graham has been involved in CWFS since its inception in 1998, including a term as Chairman. Now a partner in a mixed farming operation north west of Condobolin along with his brother David and son James running a merino flock joined to Merino rams and another joined to White Suffolk rams, along with cropping.

Graham’s main interest in being involved in CWFS is to attract relevant research to the western cropping areas and explore new technology/crops to improve profitability. How we adapt to the challenges of the next 10 years will crucial.